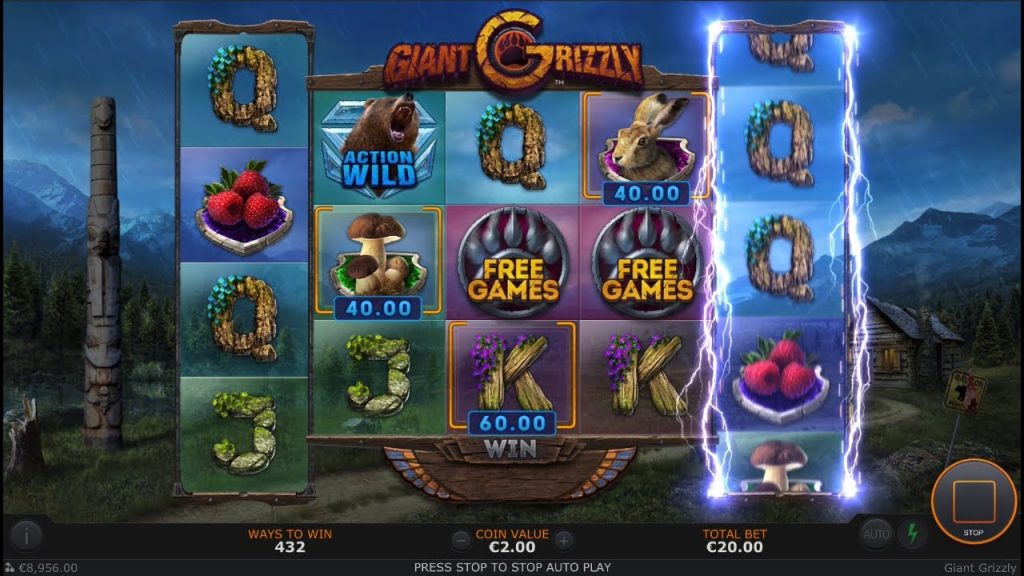 Grab your bags wildlife lovers, it’s time to hunt the ultimate predators of the lush northern forests and catch the bears for more lucrative prizes.

Launched with the aim of exploring stunning wildlife, Playtech’s Giant Grizzly Slot is a 5 reel, 432 ways to win video slot that can played on any device from spending a minimum 10p to a maximum of £500 per spin.

Head to a lush forest and follow the footprints of this giant creature for ultimate prizes and winnings. With action grizzly wild feature, expanding grizzly wild feature, grizzly free game features, cascading reels, Rampage wilds and ultimate re-triggers, Giant Grizzly is a superb slot, which focuses on wildlife and gives big excitements with its irresistible features.

Since this is a wildlife themed game, so as expected the game is set up in the Northern Forests where you have to hunt down the ultimate apex predator. With a beautiful background, you will see a lot of creatures and vegetation as well such as Grizzly Bear, Deer, Rabbits, Salmon, berries, mushrooms and Royals made up plants, woods and flowers.

Where to Play Giants Grizzly Slot? 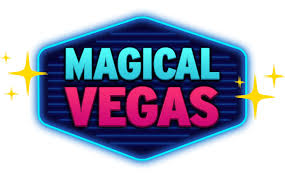 Symbols in the games includes A, K, Q, J and 10 royals that represents the low value symbols.

Apart from these low value symbols, there are high value symbols such as moose, rabbits, fish, mushrooms and berries on the reels.

Giant Grizzly has a wild symbol that is represented by Action Grizzly Wild symbol that substitutes all other symbols in the game except the scatter. It is the most exciting symbol of the game that appears on the reel 2,3,4 and grabs all the cash prizes that come in its highlighted area. 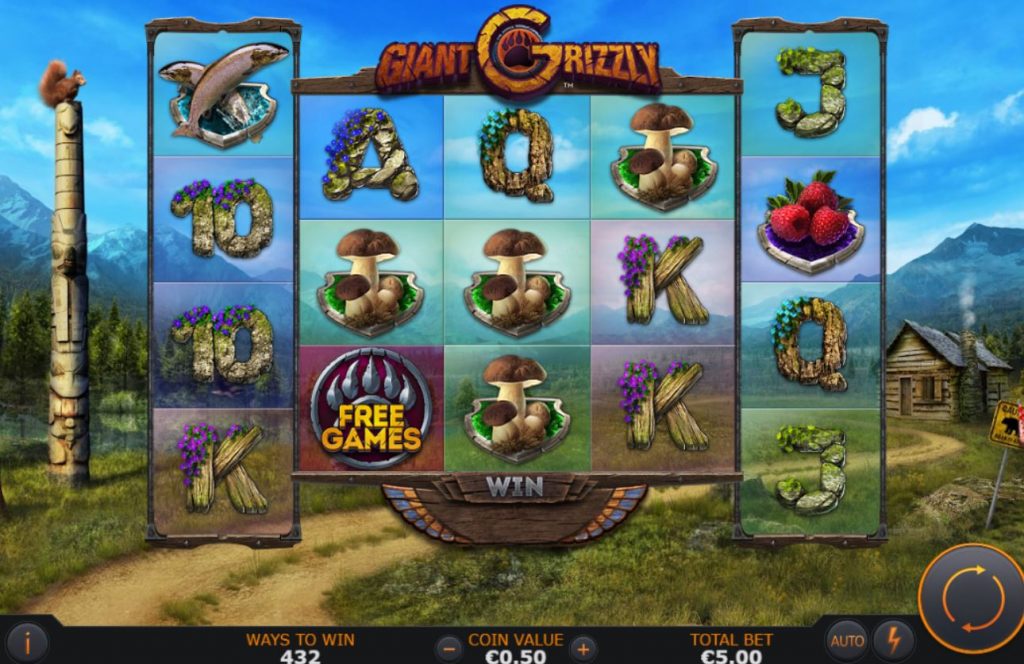 You’ll also see expanding Grizzly Wild feature in Grizzly expands when they appear behind the highlighted areas. They can maximum expand up to 3×3 in size, including 1×3, 2×2, 2×3 that means if you are lucky enough then you can get 3 fully wild reels.

Giant Grizzly comes with a feature Grizzly Free Games Feature where you’ll begin the game with 15 free spins and is played if you get 3 or more free game paw print feature anywhere on the middle 3 reels. You can get 5, 15 or a maximum of 15 free spins by landing on 3,4 or 5 scatters respectively. In this feature, Rampage Wilds that will appear in the game will substitute Expanding Grizzly as well as Action Grizzly Wilds both. Starting from Rampage Wilds, it expands and aims at collecting prizes when landing behind the highlighted areas. It can bring more winnings. Another feature that comes with it is cascading reels where the winning symbols get burst and are replaced with new symbols thus offering you more opportunity to get consecutive wins. You can try your luck by re-triggering the feature 3 times and maybe you will get 60 free spins.

The whole the game can be summarized in just 3 different types of Wilds.

The action wild that helps you to collect cash prizes. The expanding grizzly wild that can expand in size up to 3×3. The Rampage wilds can combine both elements and can help you to get bigger prizes. The game is totally worth as you can win up to 10,800x the total stake. Talking about the presentation of the game, it is a perfect combination of virtual representation and amazing soundtrack. Overall, an amazing game to have some adventure and fun with good payout.