Stakelogic is back with it’s a new exciting game, Flappers Slot which is all about class, glamour, gems, etc. It was released on 27 January 2020 and comes with an RTP of 95.48%. With 5 reels and 3 rows, this game comes with 20 pay lines. Here, the reels seem to be transparent and the different symbols present in the game hangs in mid-air, on some elegant stage with the golden and black background. One can enjoy this game on any platform including laptop, mobile phone and tablet devices just between 20p and £100 per spin. The features and theme designed by the developers are pretty awesome so have a look at this game

The different symbols include flappers and low paying symbols. The low pay symbols are basically gems like card suits which includes hearts, spades, clubs and diamonds. The flappers are all classic models which include red, blue, green and orange flappers. The game comes with more than one wild and they are the highest value symbols. The next highest value symbol is a flapper dressed in a luxurious red dress. The paytable for the Flappers Slot is as follows :

The base game is mostly known for its 2×1 wild icon that seems like a gold mic. It will help you to gain some wins by falling randomly on reels. One more thing is that flapper girls will always appear as 3×1 icons in the base game but the will not always appear fully present on the reels.

One is also allowed to gamble any wins on this slot but you can also turn it off as you wish. If you want to go ahead with this then you’ll be having 50/50 chances of winning but if you fail then you will miss it all. Just guess the correct suit or colour of cards and win the chance to double or quadruple your money, being sure of how you chose.

The most awaiting feature is now on your screen which is the free spins feature and is also known as the real bonus feature available in the game. During the bonus round, you will find everything mixed up and the gangster scatters symbol will play the central role. It will land two symbols in height and will count it as 1 scatter even if it is partly present onto the reels.

To activate the free spin feature, one has to land 3, 4 or 5 gangster scatters on any place on the same spin which will help you with 8, 15 or 40 spins, respectively. Although there is no option available to re-trigger the free spin feature you’ll be rewarded with one additional spin each time you get the golden mic wild symbols on an active reel.

During the feature, all the high-value flapper symbols will only appear in constant 1×1 sizes but sometimes they can also expand in order to cover the complete reel to provide you with bigger wins. But this can only be done if they appear on an active reel and 1 to 5 of the reels will be allotted randomly to act as active reels on each spin.

Every time you land a constant flapper girl icon on an active reel, it expands to a 1×3 size symbol and will start acting as a wild symbol. The wild girl symbol can replace all the regular symbols present and you can get up to 50x your stake if you are able to get 5 of them. The payment can be shown before the symbols expand thus one more payout can be calculated.

The game is pretty amazing which comes with the 1920s era. It comes with beautiful gemstones and features. The medium-high variance game come with a maximum win potential of 1798 times which is pretty good.

The payback is nice and is even considered to be about average for an online slot. The free spin bonus game can make you win big amounts. All over, the game is pretty cool which you can enjoy sitting at your home. This game totally worth a try so don’t miss the chance to try your luck. 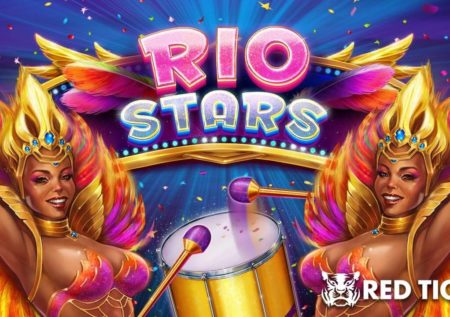