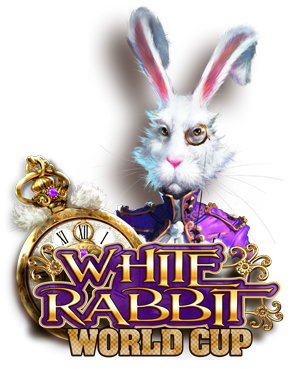 While there have been a number of online slot games based on the classic tale of Alice in the Wonderland slot, this one does not fail to outshine most of them. White Rabbit slot is a character from the book that appears at the beginning with Alice, the protagonist girl, following him down the hole into the land of wonders. The character is later seen as servant to the Queen of Hearts. However, gamers would not have to follow the rabbit to land wondrous jackpots because Megaways format makes sure players get their hands on a thousands of lines every time they go on spinning the wheel. The number literally multiplies rapidly as the player gets to the Free Spins round.

Big Time Gaming platform’s brand new video slot has amazing graphics with high-tempo sound effects in the background, making up for just the combination needed to get one hooked to the game. The game can be played by low bidding players as it asks for onetime payment which is the gateway to all the possible winning combos within the reel, a feature that makes it way more appealing. White Rabbit video slot is compatible with a wide range of devices as the design is completely mobile optimized.

Another feature making this game a unique one is that there are no fixed paylines. Reel size varies with each spin which makes sure the gamer has over 16, 807 different ways to make sure winning on any given spin.

The game is packed with exciting features ranging from conventional wild symbols that are quite different from what one sees in other slot video games to a caterpillar that romans around can holds the power to randomly award four bonus wilds to the current reel. Reels each begin with each heaving seven positions which can vary as the game progresses and the gamer lands cupcake icons. Through these, reels can be expanded up to a maximum of 12 and any reel reaching its full size will award you another 15 free spins making it a Queen’s Reel. You can always purchase free spins given the Feature drop that lets you do it at any point during the game. The price for this begins at 100x the player’s initial spin bet but keeps on increasing as they collect coins throughout the reels which reduce the price.

White Rabbit Slot has a highly colorful graphic theme which catches one’s attention right away. The game also has incredible action sequences and never fails to keep a player totally engaged into playing throughout all its reels. There are thousands of ways to land a jackpot in the game if things turn out to be in the gamer’s favour. There is little chance that anyone would find a slot video game competent to this one where making money off reels is concerned. Anyone who is fond of action and adventure will surely love this one and should try it out.